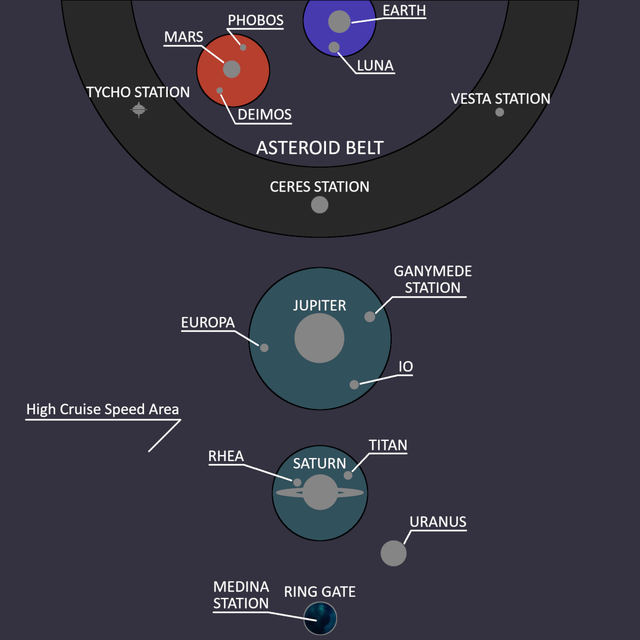 The Sigma Draconis Expanse are a different breed of Space Engineers Servers run Professionally by Players like you!

We are running our Torch-based Space Engineers Servers across Machines hosted in a Datacenter -i9-9900k Machines each with 64gb of RAM. The instances can reliably hold 100+ Players(Nexus), at or close to 1.00 Sim Speed.

Our official launch date for the Expanse server was December 11th, 2021, and we are excited to reveal more information about what the server will offer and how it will be different both from our existing, and prior instances as well as other non Sigma Draconis Servers.

• Sigma Draconis Expanse is based on "The Expanse"

• Some of the main features of the map include but not limited to: The Asteroid Belt, The Ring Gate, the high cruise speed area, and geographically
variable difficulty enemy spawning.

• No Jump Drives as they have been replaced by Transit Zones.

• A Sigma Draconis Expanse Exclusive "Boost" feature to get out of those tough situations.

• Ships will have “drive signatures” that can be identified by other players from a significant distance according to the amount of heat they are
currently shedding via thrust.

• Our own Custom Star Systems with Custom Ores, Modded Planets, and Moons.

• The Server is PvE with PvP fully enabled PvP is not exactly encouraged nor discouraged.

• A Draconis Wiki for anything, and everything you would want to know regarding the Sigma Draconis Expanse Server.

Our Discord is Welcoming, and has dedicated channels for Player concerns. We also have an Automated Ticket System for Support. (Click the Image to Join.) 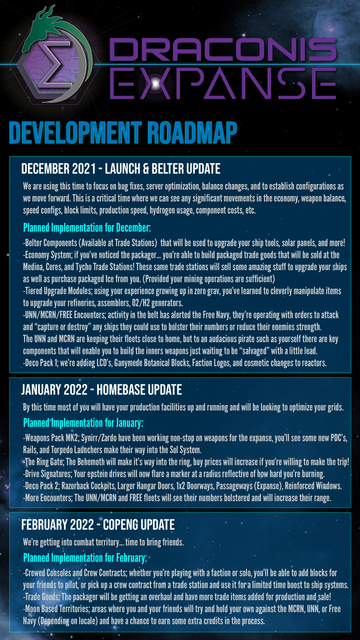