We are continually inspired by our incredible community - your creations, machinations, mods, stories, and visions of the world of Space Engineers drive us to excel. We would like to share a slice of creations that caught our eye during the past month.

Looking for your fellow Space Engineers? 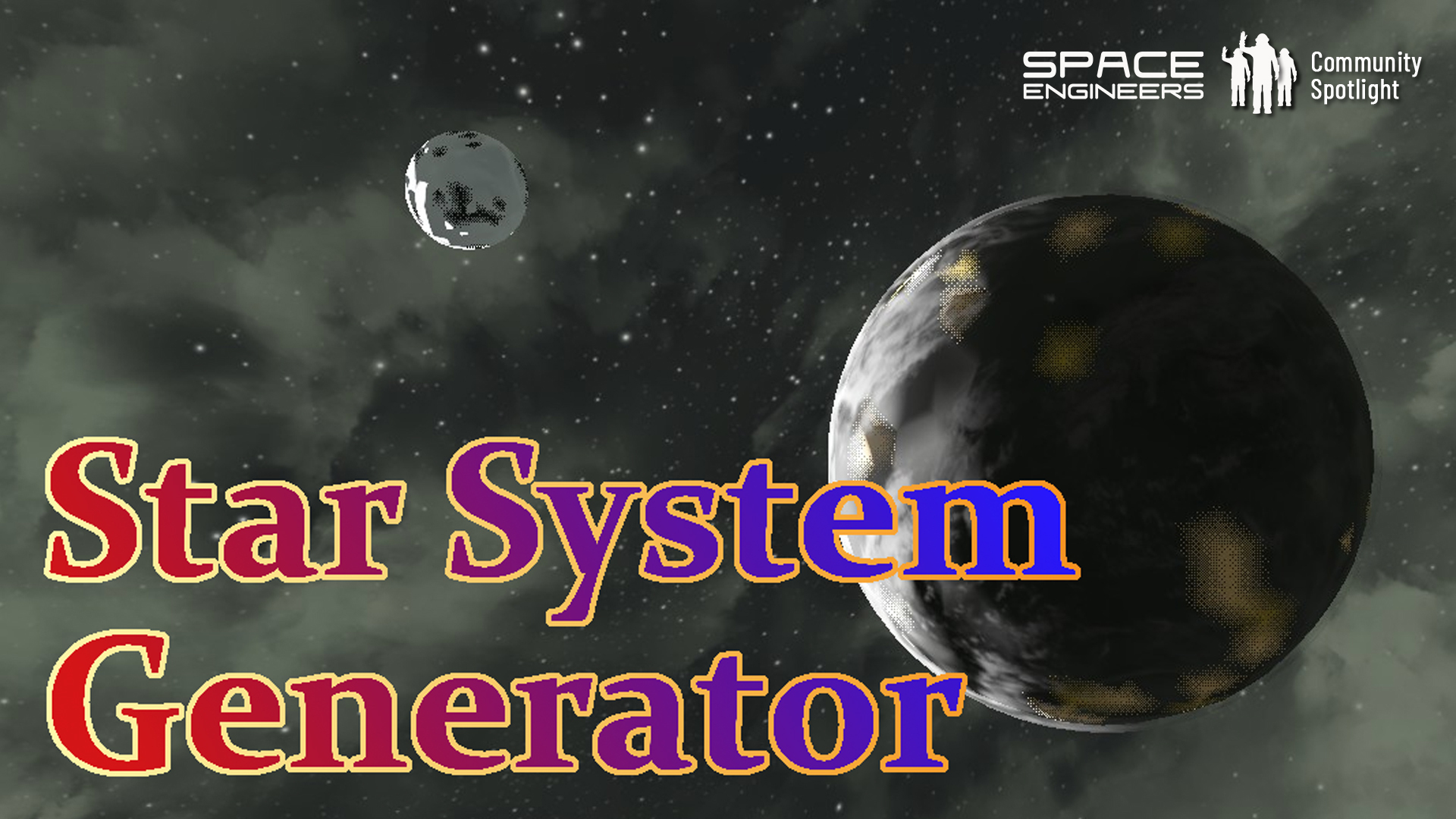 This tool creates random star systems for your game. I find having to manually place modded planets in my game takes a lot of the fun out of the discovery of the star system, and no matter where I place planets I feel like I'm either cheesing to make it too easy or too hard. So I built this tool.
https://steamcommunity.com/workshop/filedetails/?id=2789619117 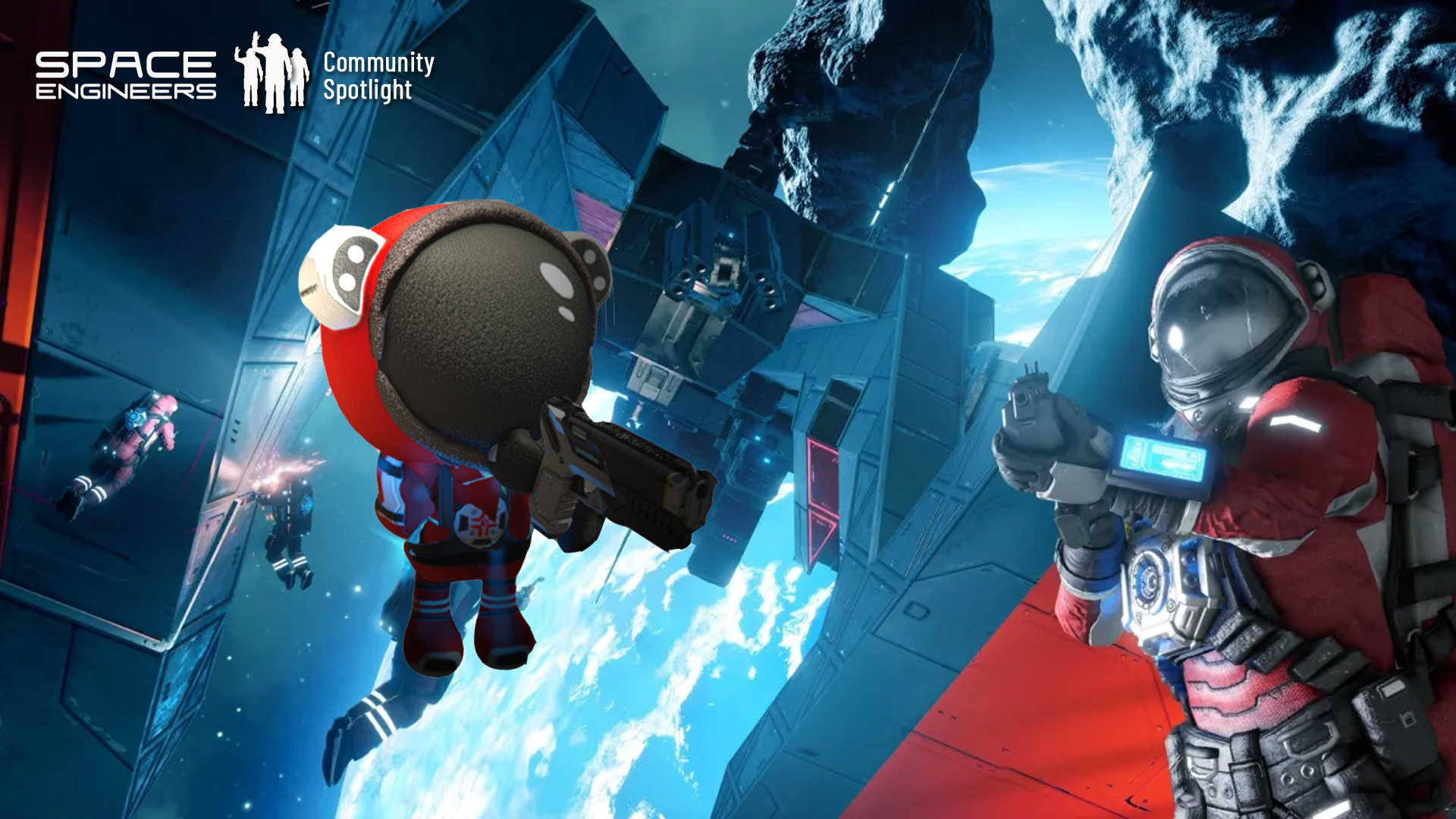 Play as a your favorite stuffed toy!
https://steamcommunity.com/workshop/filedetails/?id=2778406654 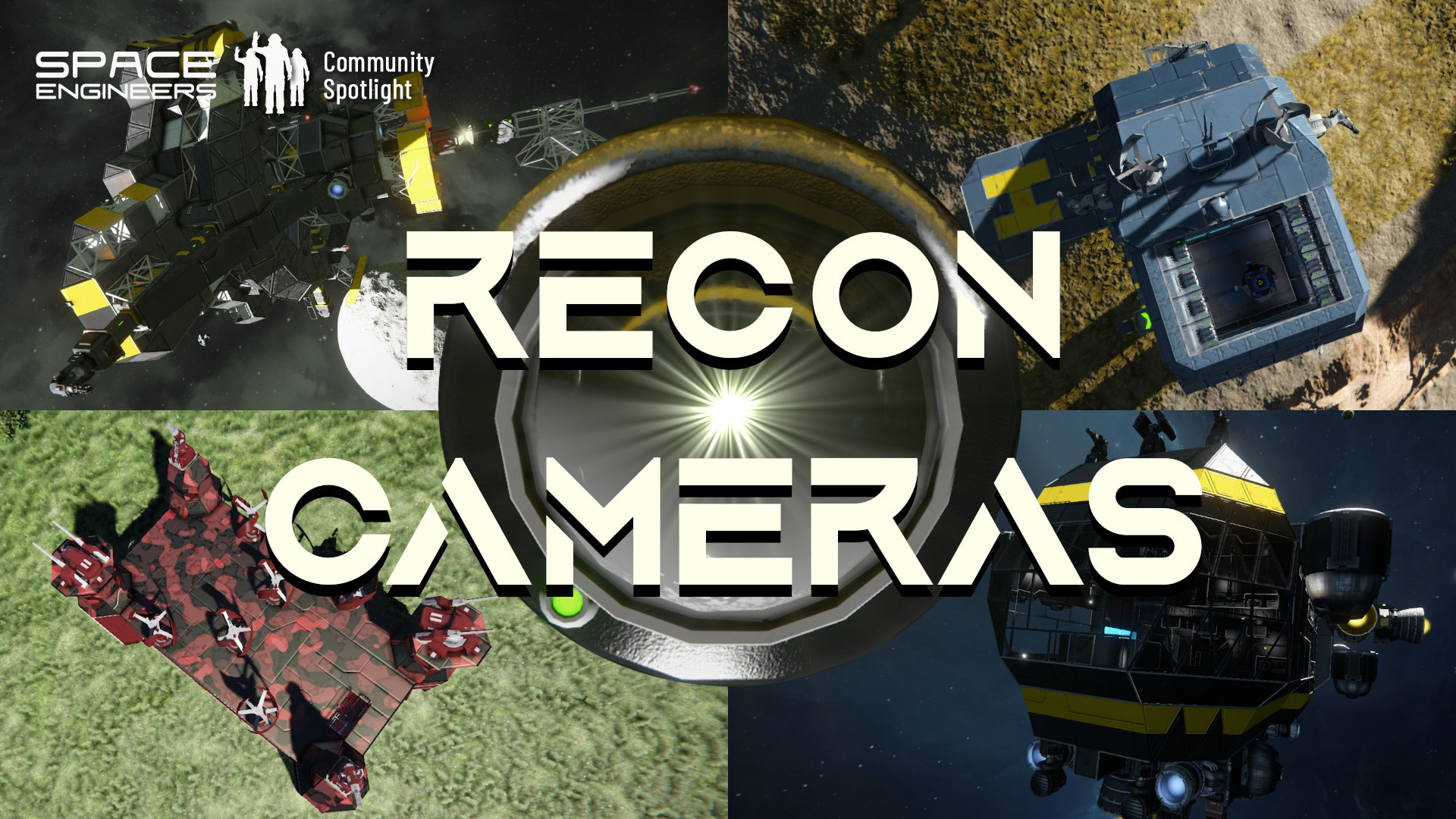 Ever wanted to scout out a planet before your approach? Check an asteroid for ore and hostiles from over a thousand kilometers way? Track an enemy ship on Mars from the comfort of your moon base? Well, now you can!

This mod adds new camera blocks that allow for remote scouting over unlimited distances (power requirements allowing), complete with the ability to place GPS markers and track entities at a distance as well.

To balance the tactical advantage these cameras grant, there are also tracer blocks which can detect when an enemy is scouting the area near your grid and will allow you to trace their position automatically!
https://steamcommunity.com/workshop/filedetails/?id=2703188911

This script provides graphical interface to terminal block actions in the form of tree-organized menu.
Originally intended to help organizing complex builds with many programmable blocks that require numerous command arguments. Helps a lot to save toolbar space and removes the need to remember button meanings. Also it helps by grouping commands as you see fit.
https://steamcommunity.com/sharedfiles/filedetails/?id=2789500371 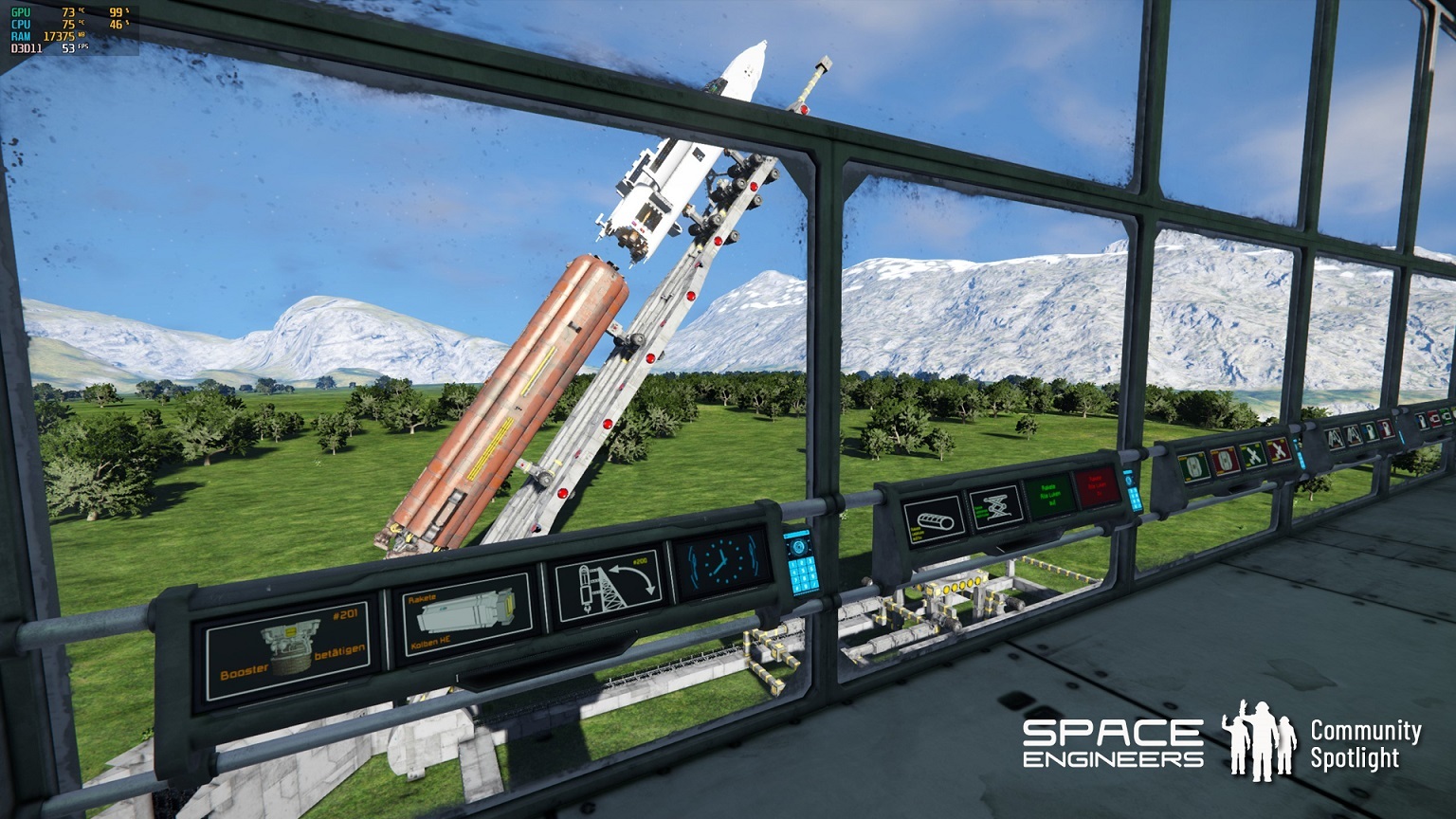 A lot of Pictures (294) for the Sci-Fi Button panels. The Background color can be changed in the LCD settings.
https://steamcommunity.com/sharedfiles/filedetails/?id=2791306408 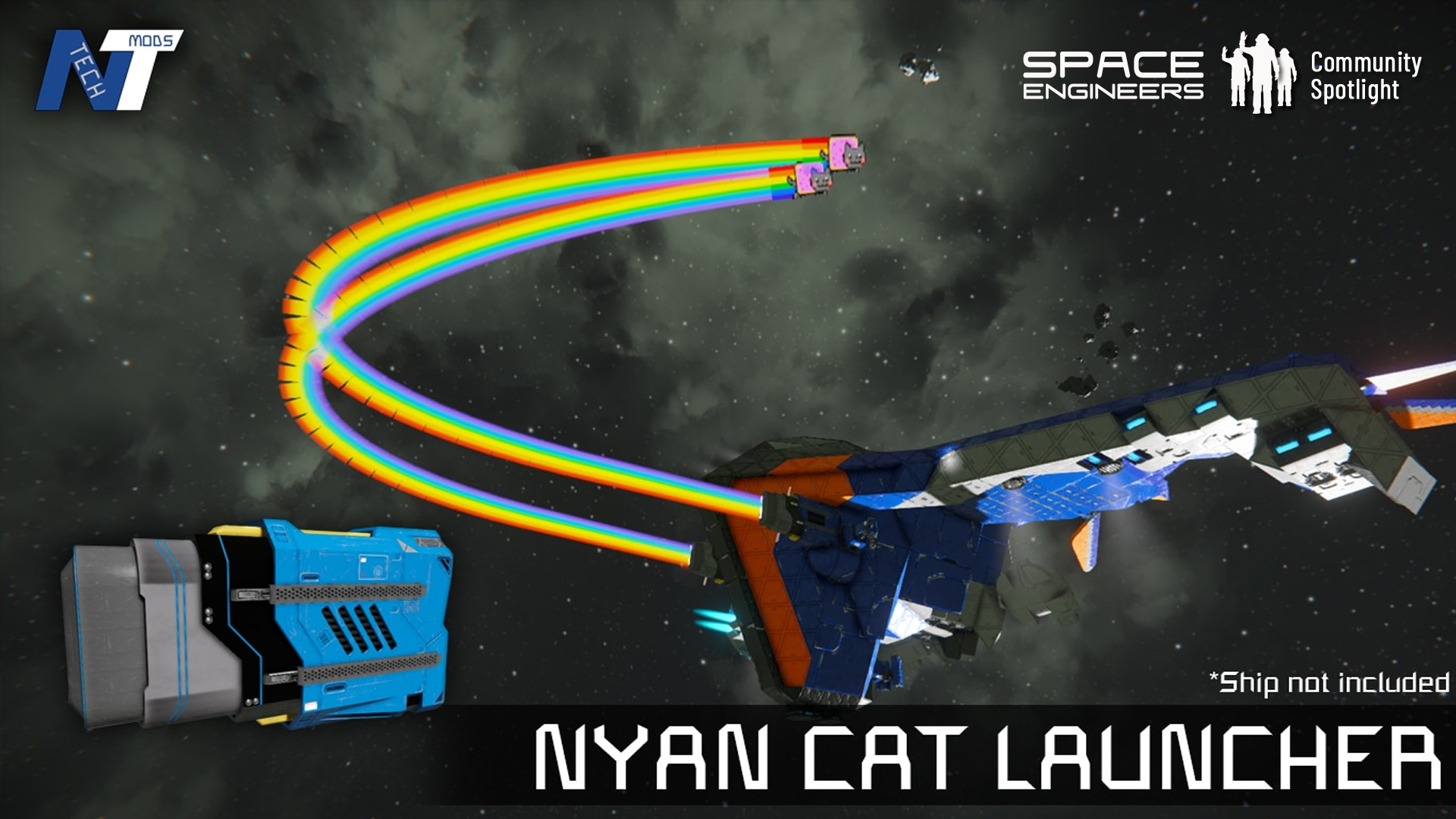 You can now shoot your enemies with a homing Nyan Cat and Meow meow them to death.
https://steamcommunity.com/sharedfiles/filedetails/?id=2788295876 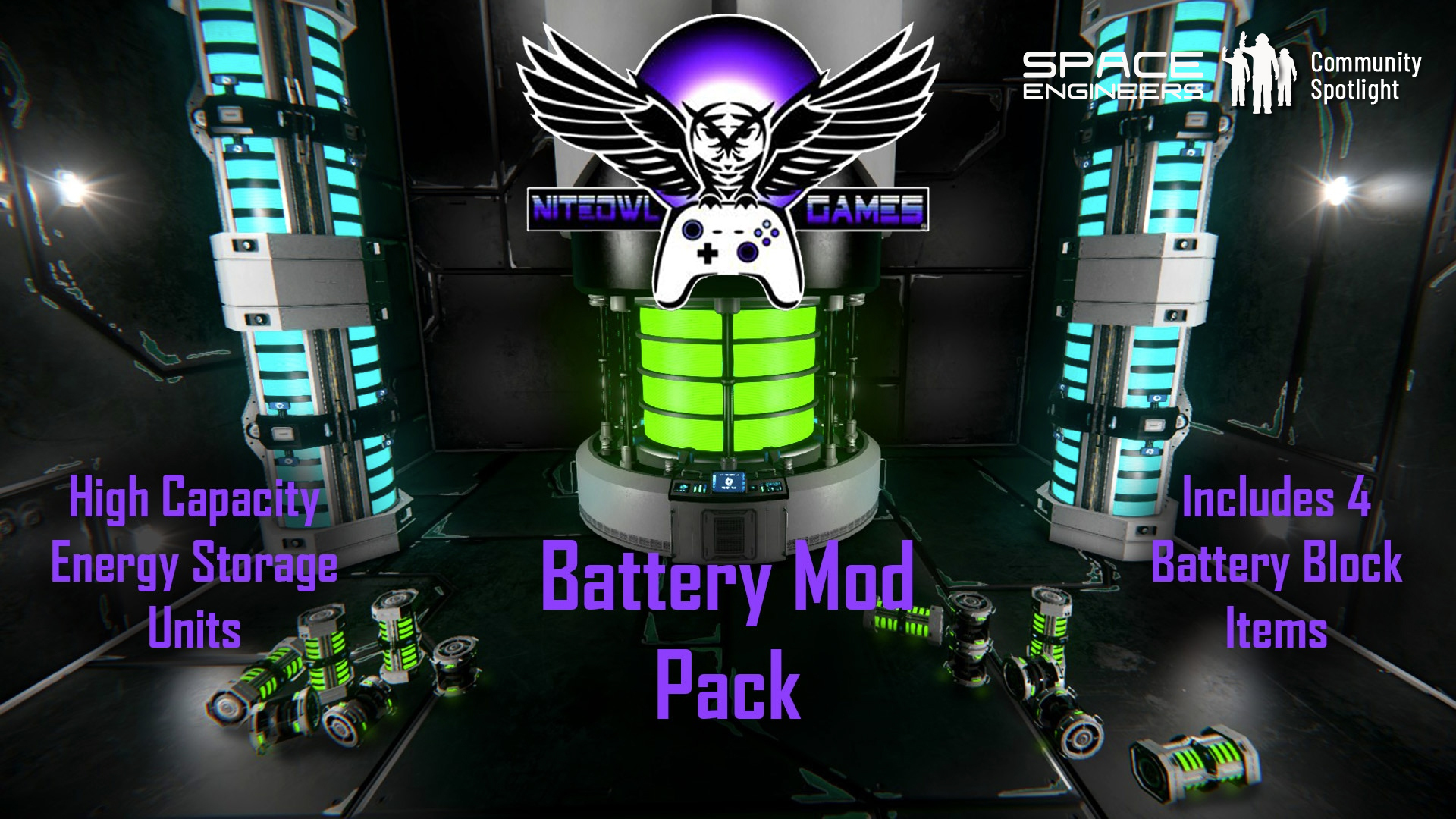 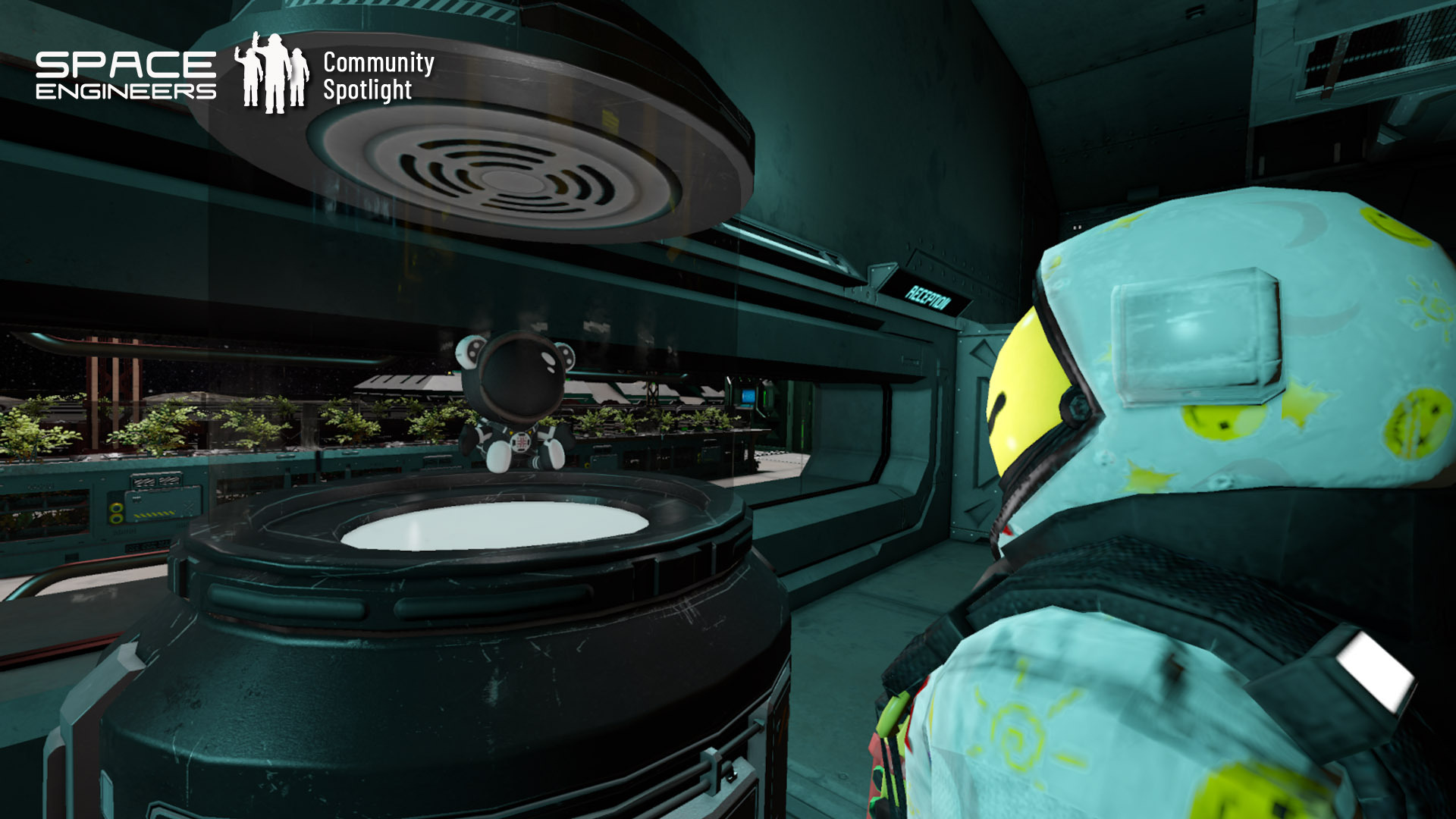 Just in time for the new update, a way to display your precious plushies (and other items) without the fear of them despawning or getting garbage collected!

This mod adds 2 types of display cases which will display their current inventory item. You can rotate the displayed items using pitch/yaw/roll controls in terminal or via toolbar actions. The block also contains a configurable light source which you can modify to ensure maximum viewing pleasure. PB interface should follow as well (because why not?).
https://steamcommunity.com/workshop/filedetails/?id=2799659022 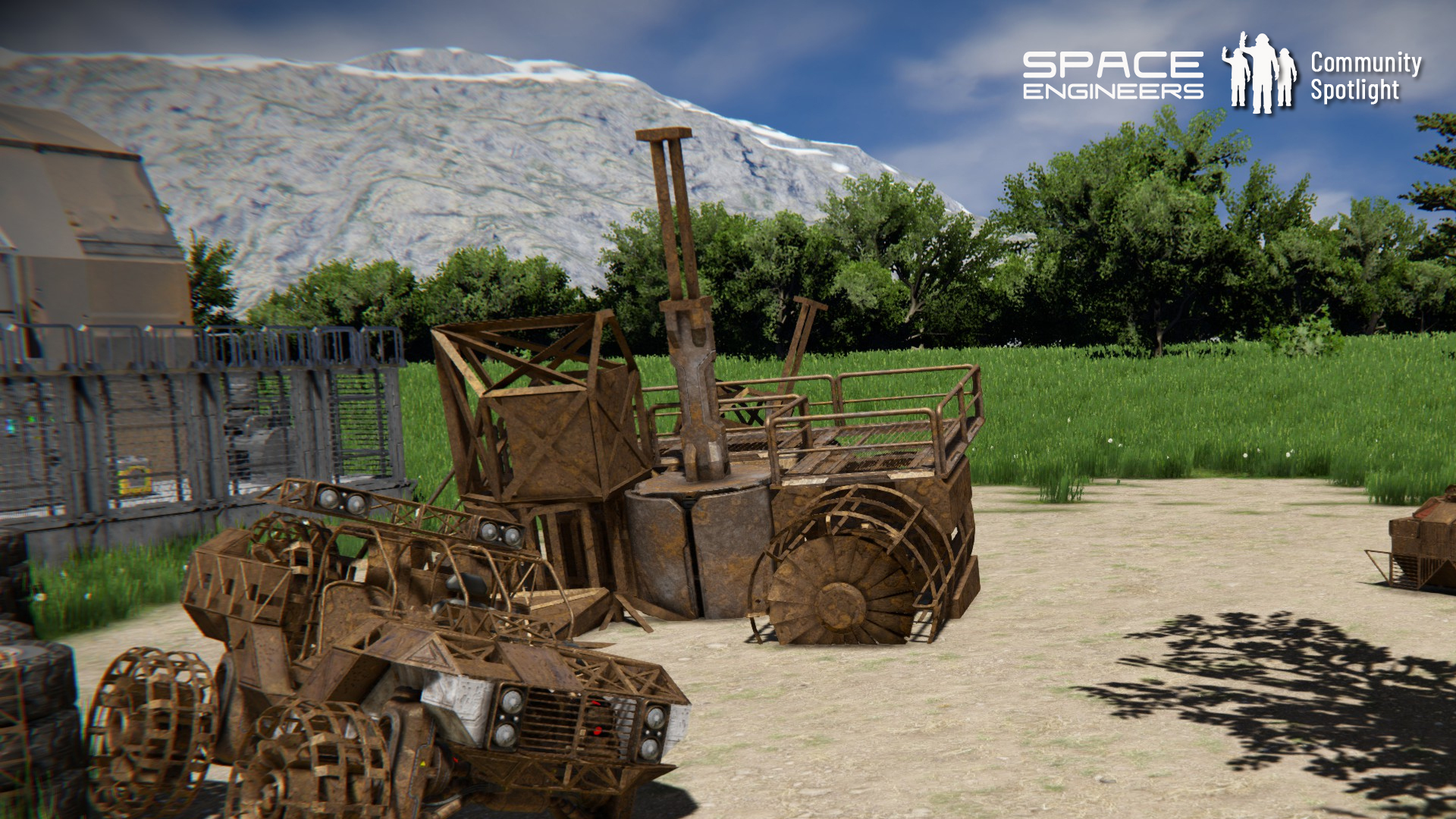 A scrapyard turned racetrack, Oressi offers a singular track with two shortcuts, packed full of detail and fun twists and turns. From a jump through a crashed, old ship to a shortcut that only opens after someone has already gone through.

Originally an SSI military compound, the lands surrounding it had been littered with wreckages from the ORE and SSI faction as both companies fought on these very fields. After the initial battle, both factions came to an agreement and ceased fire, salvaging the now overgrown fields. That was years ago, the now abandoned colony and factory still stand, and both companies have decided to revamp the grounds and create an all-new racetrack.

There is a button to start the race in the catwalk on top of the starting line. You can turn on the grinders for the 2nd shortcut using a button near them!

The track features many different rovers and crashed ships, with an assortment of different colored HZI Canid cars ready to race. Credits to echance01 and Stratus for some ships in the race!
https://steamcommunity.com/workshop/filedetails/?id=2787969333 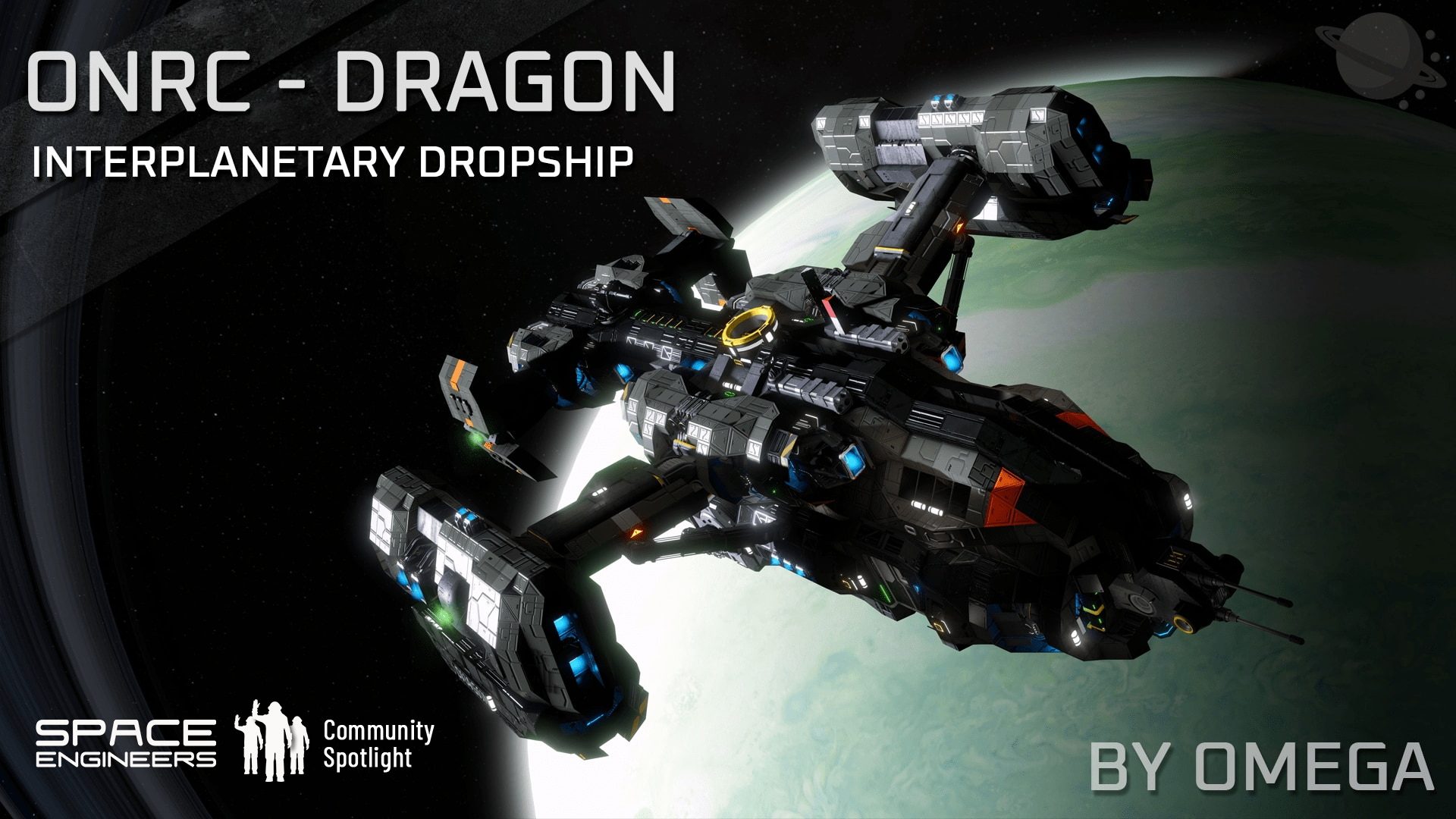 The 'Dragon' features 2 Rocket Launchers, 2 Autocannons, 2 Gatling and 1 Autocannon Turret for weaponry. 1 large hydrogen tank with two large H2 thrusters are present with 10.8 minutes at full thrust. A vast array of Atmospheric and Ion thrusters complement this as the primary movement method. The dropships interior features capacity for 1 pilot, 1 gunner, as well as 10 passengers, and is fully airtight and pressurized via 2 O2/H2 generators.

Powering the ship are 2 Small reactors, 8 Large batteries and 67 small batteries (yeah) giving a flight time of around 30 minutes in atmosphere with connection ports in the Top, Bottom and Rear of the ship for external re-arm and recharging.

The VTOL function of the Dragon allows an additional 2 Large Ions, and 1 Large Atmospheric for two opposite sides to be rotated for better movement in the desired direction (Forwards/Backwards vs Up/Down), the feature also changes the lighting from red to green when activated so marines know when the dropship is safe to exit.
https://steamcommunity.com/workshop/filedetails/?id=2788392775 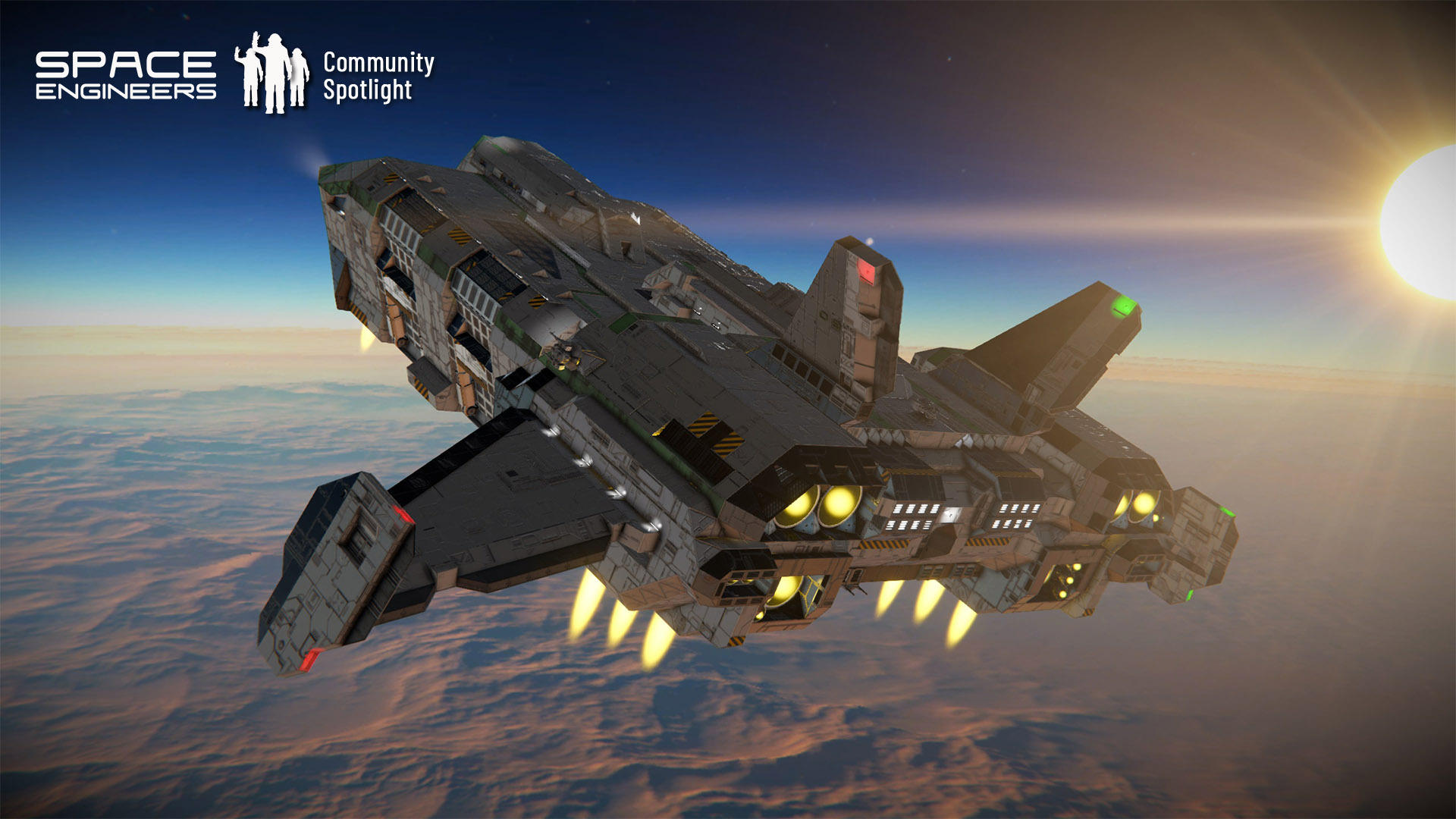 A simple and easy-to-maintain design, the Leopard quickly became the standard lance-sized 'Mech carrier for the original Star League and the Great Houses. Its relatively low operating costs and abundant existing replacement parts (with the exception of the drive system) has allowed it to not only survive the Succession Wars as a ship class, but become the predominant entry vehicle for 'Mech recon, objective raid, and special operations missions.
https://steamcommunity.com/sharedfiles/filedetails/?id=2793737795 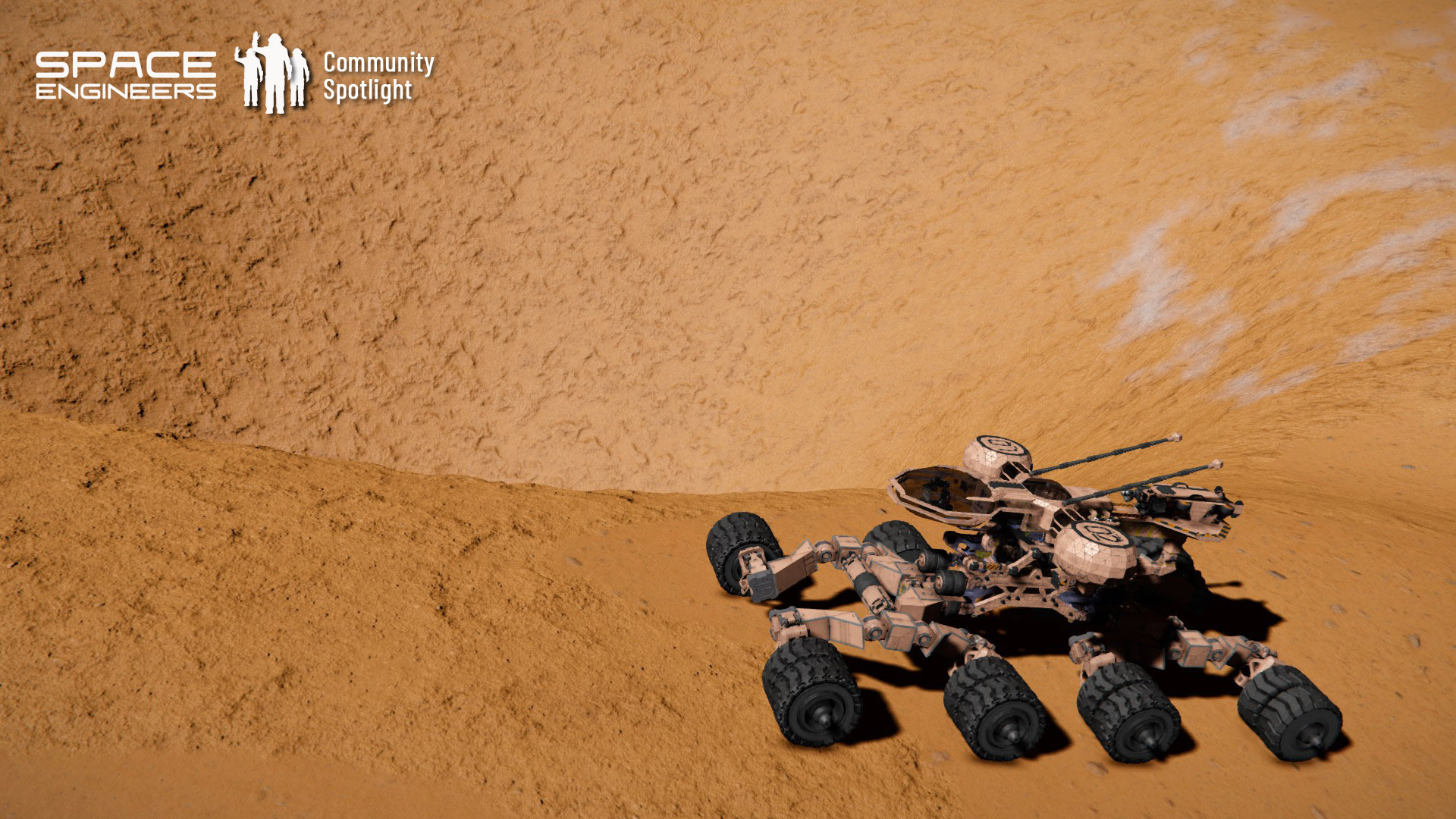 Large and small grid combo mars vehicle for creative mode and block destruction off.
NOTE: First of all make sure you have ingame scripts enabled,
https://steamcommunity.com/sharedfiles/filedetails/?id=2795394214 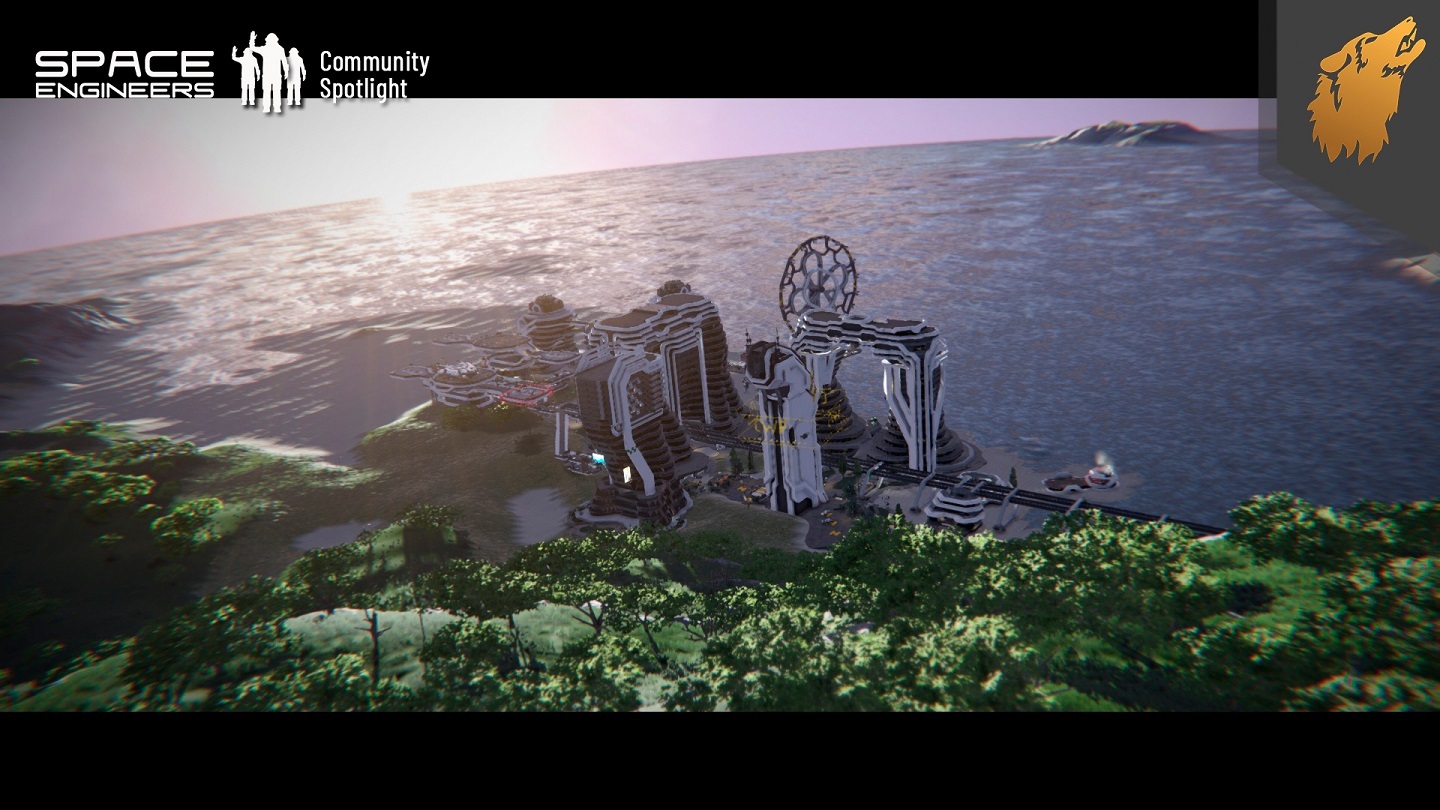 Aeropa City is a city of the future located on the planet Takura on the same island with a large volcano. At this stage, the map is laid out in a stripped-down version, this was done specifically for those who inherited the computer from their grandfather.
https://steamcommunity.com/workshop/filedetails/?id=2800162107 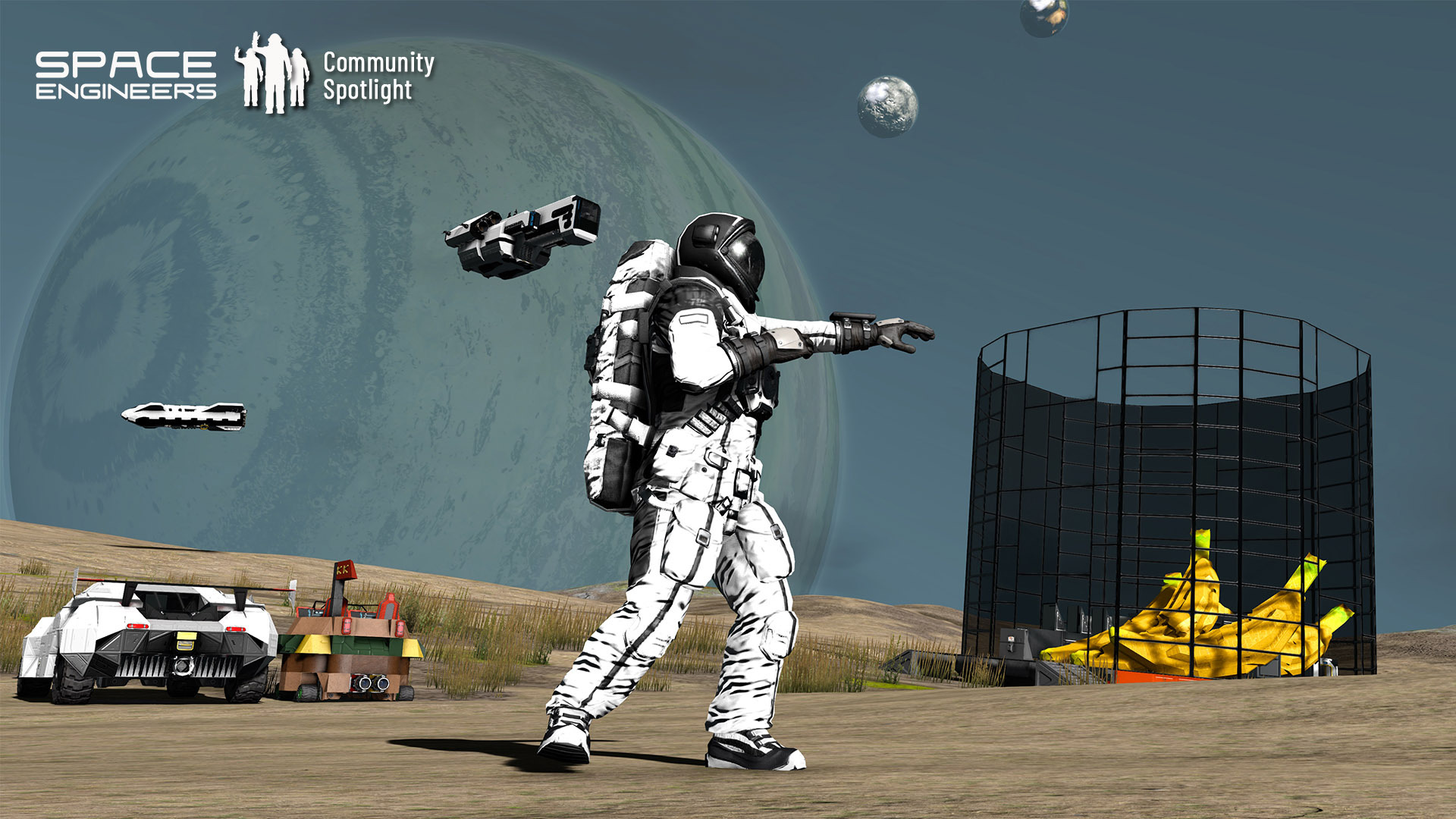 
We want to thank you for your continued work and inspiration. We will be searching, every month, for more great community additions, mods, blocks, builds. scripts, and stories.

Have ideas on how to improve Space Engineers? Leave feedback or cast your vote on the most pressing Space Engineers topics!
:desktop: https://support.keenswh.com/spaceengineers
Click here for the source of this article RSS Feed