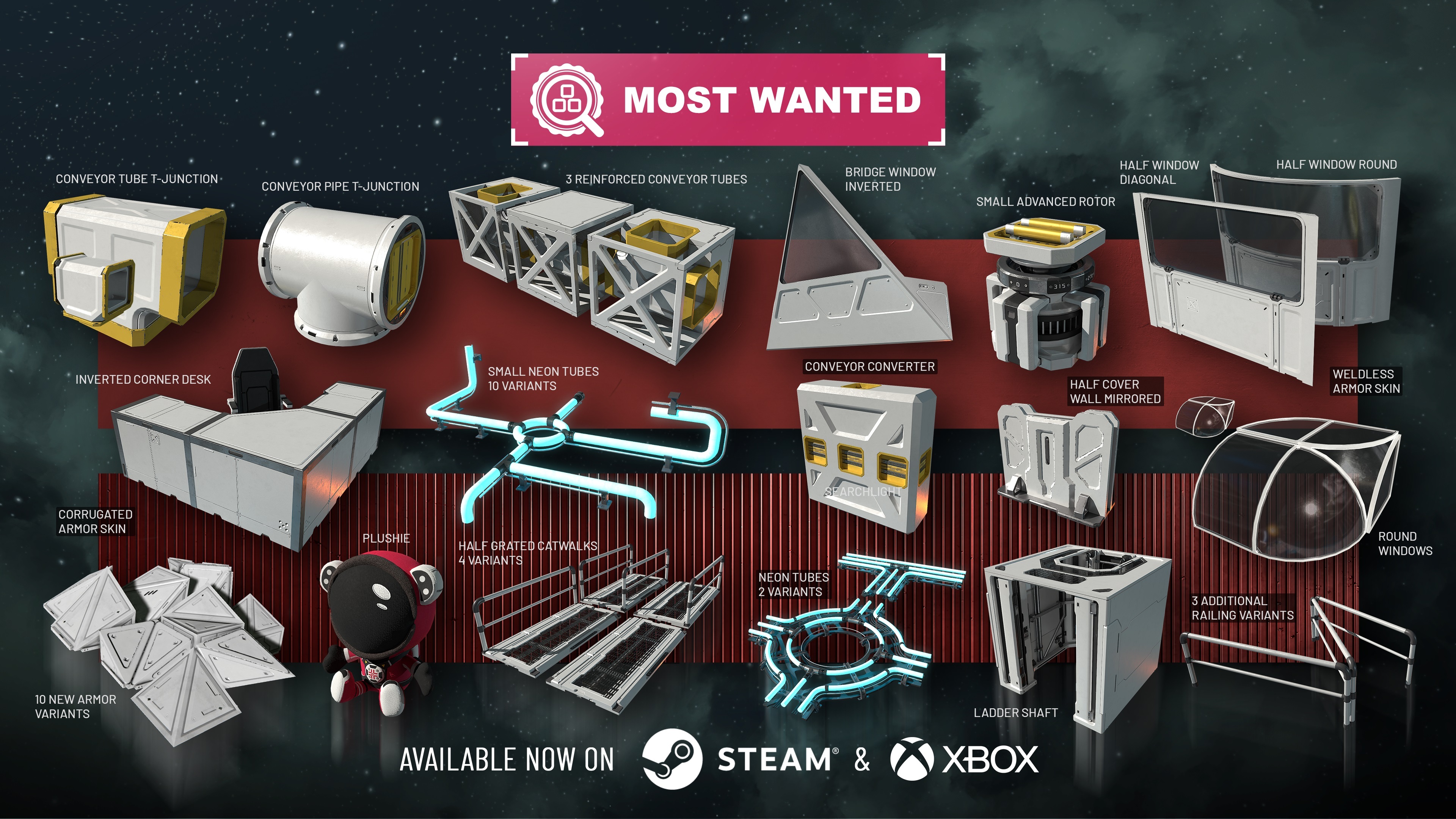 Our newest release is here! YOU, our community, are the inspiration for this release. We have reviewed your feedback and from it, created a collection of new additions based on your requests.We hope this update contains some of the many items we have seen on wishlists and the support portal. This update contains several highly requested blocks, fixes, and improvements.

While all Major updates are free, many include a premium (DLC) component. This “Community” update is completely free and contains no DLC. On top of this it includes new content for existing DLCs (this means an additional free update for everyone who owns these DLC’s). Our focus in the Community update is on blocks the community may consider missing, and on important fixes across Space Engineers.

This update will be just that, an update that focuses solely on community requested content. We will not be releasing any premium content or DLC with this update.

While we certainly didn't get to every community request (there are many) we focused on realizing as many as possible from the most commonly requested items.