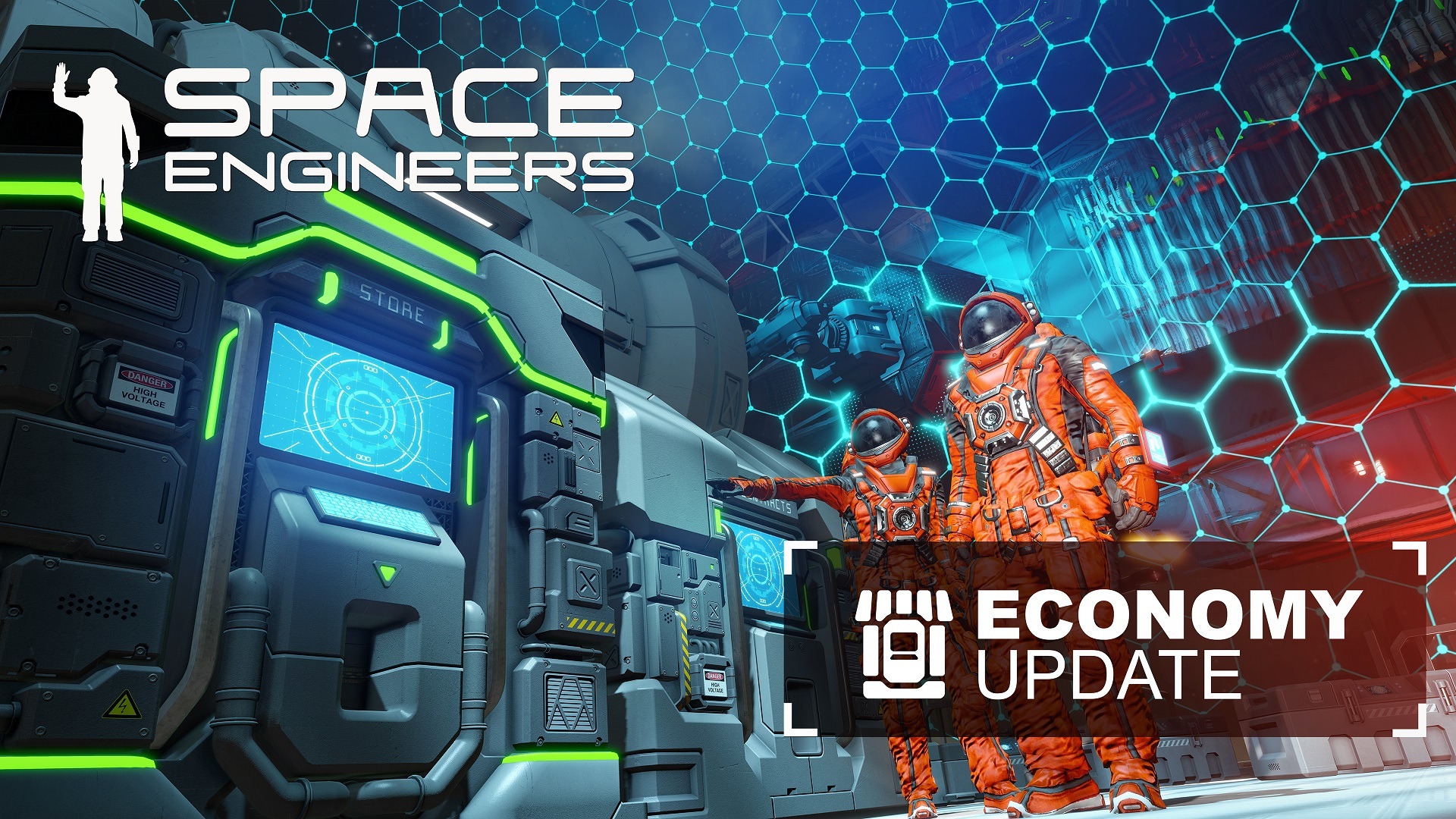 Hello, Engineers!
The last couple of months were busy in Keen. We were working on another major update, which we are releasing today. Many of you have participated on our public tests, so you probably know that the update is about the new economy system we are bringing into the game. Regarding existing feature polish, we have addressed a record amount of long term issues and bugs, so many thanks to our incredible community for their continuous support and patience. There really is something for everyone in this update!

All new game features related to the economy are free of charge. The free update includes the economy code updates, the safe zones, all the contract features and long term fixes. For players who wish to support the further development of Space Engineers, we have created a Pack which consists of cosmetic items designed to enrich your game. The price of the Economy Deluxe pack is $3.99USD, or your regional Steam equivalent. So if you wish to support us, check out the Economy Deluxe Pack on Steam.